Learn more about the Phases of Embryonic Development of an Ostrich Egg.

From Incubation to hatching: Everything you ever wanted to know about Ostrich chicks.

Ostriches are the largest flightless birds on Earth and one can be excused for imagining that these powerful and unique big creatures once ran the plains with dinosaurs in prehistoric times. Ostriches can tower up to almost 3m and weigh up to 145kg.

All known bird species have either 3 or 4 toes, but an Ostrich has only 2 and can outrun most land animals and live for 50 – 75 years. The Journal of Experimental Biology reports that Ostriches can sustain running speeds of up to 60 km/h for up to 30 minutes, with strides measuring a whopping 5m! That’s jumping a Volksie with every stride! See our past feature on Ostrich Show Farming for more. 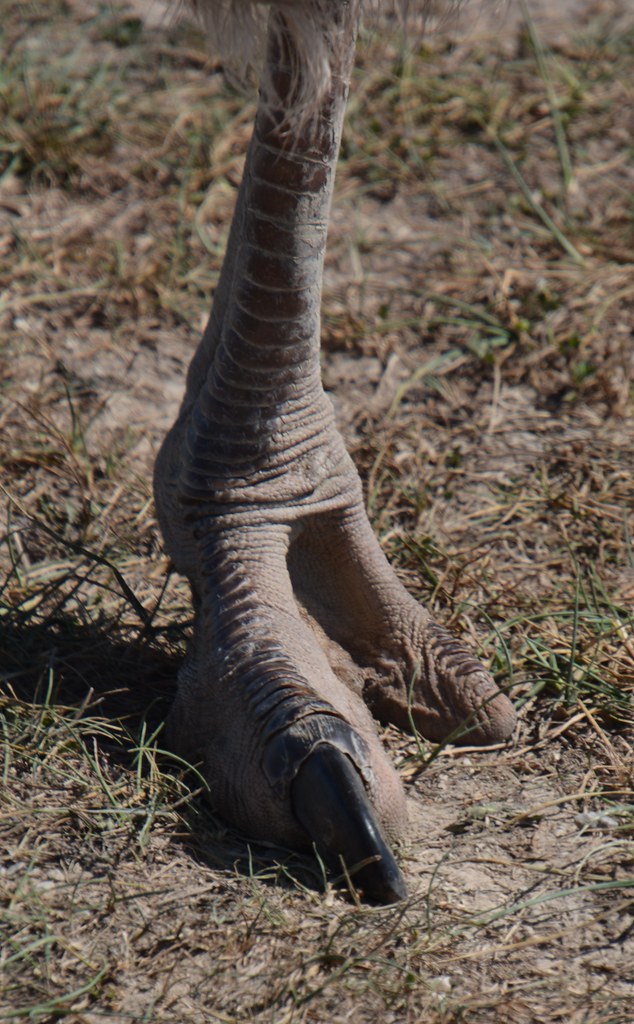 But enough about our favourite BIG birds, let’s take a deep dive into the lifecycle from ostrich egg to ostrich chick.

When an ostrich egg is illuminated from below, a shadow appears in the upper right. This dark part is the ‘blastodisc’ (germ) and is a flat homogeneously white round disc about 6mm in diameter resting on top of the yolk. A fertilized blastodisc is called a ‘blastoderm’ and features bigger concentric rings of differing shades

Air cell occupies 7% of egg and Embryo length is 10mm.

Between 10% and 20% of all ‘dead-in-shell’ cases occur during the first 7 days. The upper 1/5 of the egg now becomes darker and the shape more isometric. The development of the blood-vessels is visible from the 4th day as a red ring and by day 7 the diameter increases to about 45mm. On day 5, the pulsating blood-vessel have formed and the embryo turns onto its left side to ease limb development.

The upper 1/3 of the egg is dark, with an S-shaped edge. The blood-vessel network and the amniotic sac enclosing the embryo cover the upper part of the yolk. All body-organs are present and eyes become visible from day 8. The beak develops towards the end of the second week of development.

The upper 1/2 of the egg is dark. The beak begins to harden and feather buds are visible. During this time the infertile eggs are removed during candling.

The upper dark part of the egg extends around the air cell from as early as day 21. Feathers are visible, nails appear on toes. The embryo turns with its spine parallel to the long axis of the egg.

The entire egg, except the air cell, is dark. The egg white (albumen) is completely used up and the remaining yolk begins to move into the body-cavity through the chick navel. The embryo’s neck bends to the right above the foot to attain the piping position with break pointing towards the air cell.

The correctly positioned chick pips internally by breaking through the air cell membrane (internal pipping) with the beak visible in the air and the lungs start to function. The rest of the egg is dark. External pipping through the shell occurs between 12 & 24 hours and may take 12 hours for the chicks to become free by kicking, pecking and moving its body.